Back to Godhead > Prabhupada > The Nationalism of Pure Consciousness

The Nationalism of Pure Consciousness 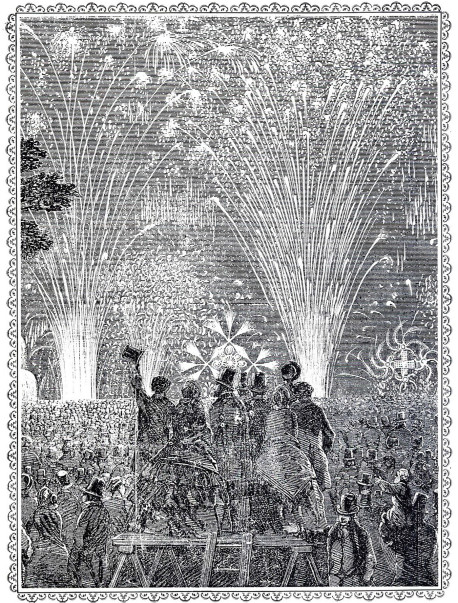 When a man enters the room of a friend, the friend receives the man with all cordiality, and offers him the best couch for his comfort. The friend may accept this welcome and sit along with his host in all security. Does this mean that the man who has entered the house of his friend should consider the sitting room to be his own property? Certainly, he will not think so unless he has gone mad. Still, his consciousness of the fact that none of the paraphernalia of the friend’s sitting room belongs to him does not disturb him in the least in sitting down securely. With this pure consciousness of facility, along with his friend who is actually the proprietor of the sitting room, he is comfortable.

But if the man, after some time, madly thinks that because he was allowed to enter into the parlor of his friend he has therefore become its proprietor—then what will be his lot? The natural consequence of this unlawful desire of the intruding friend will be police action, instigated by the real proprietor of the room, and trouble will disrupt the friendly relationship. And if the man then leaves the room, being unable to occupy it as his own, and impertinently tells his friend that he is renouncing the right of proprietorship in disgust certainly the proprietor friend will laugh at him, wondering when and how the proprietorship of the room could have been awarded to the intruder in the first place.

This is the real position of the conditioned soul who enters into any given position of life in the cycle of birth and death. The living entity simply changes his dress according to the price of the dress he has paid for. In the shop of material Nature there are 8,400,000 different types of dresses, and the living entity is allowed to put on any one of them according to the price he is able to pay.

Out of the 8,400,000 different dresses exhibited by the living entities, only the highest civilized human being is conscious of national feeling. This national feeling has created the different civilized nations of the world, but because almost every one of those nations is guided by the sense of nationalism through impure rather than pure consciousness, they are always busy making pacts and blocs for the security of each one’s position.

The impure consciousness of nationalism has kept all the big heads of the world’s nations ever active for an amicable adjustment of everyone’s national interest. They have now made a United Nations Security Council, and are trying in vain to find the right adjustment. The impure consciousness of every nation has made it impossible to come to the safety point, and what is needed, therefore, is to awaken pure consciousness by the propagation of spiritual education, leading back to Godhead. This work was undertaken by the Lord Himself in the Form of Sri Chaitanya Mahaprabhu.

Everything that we see in this material world or in matter belongs to the domain of the Supreme Lord. You can therefore enjoy what has been offered to you by Him, but you must not accept any other’s property.

The living entity, in any of the above-mentioned eighty-four hundred thousand varieties of dresses, enters into the domain of the Lord. The agent of the lord, material Nature, gives him all facilities to live in that domain, and provides him with all the comforts of air, light, shelter, food, drink, residence, and all facilities for acquiring knowledge. The lower grade living beings, such as the aquatics, the plants and trees, the reptiles, birds, beasts and beastly human beings living in the jungle take all the facilities offered by Nature, and make progressive evolution by a gradual process: From aquatics to plant life, from plant to reptile, from reptile to bird, from bird to beast. The human form of life is evolved out of the life of the beast.

As guests of the material Nature, all these non-human living entities do not bother much about conventional civilization, and do not mishandle the products of material Nature . But civilized man, because of his developed consciousness, can and does mishandle the laws of Nature, thinking in terms of proprietorship over his particular place of appearance (country, city, etc.), and thus becomes entangled in the matter of designations. Civilized man thus makes an error in the name of advanced civilization. These civilized nations forget completely that the particular places offered to them for residential purposes all belong to the proprietorship of the Supreme Lord. The Supreme Lord is the proprietor of all the “Lokas,” or planets. In The Bhagavad Gita Krishna makes this statement:

I am the Beneficiary of all sacrifices and penances, and I am the Supreme Lord of all the planets and universes. I am the benevolent friend of all living beings, and, when knowing this, one can enjoy perfect peace.

The so-called civilized nations have forgotten the fact that the places of residence particularly specified for them by the Supreme Lord do not belong to them, but remain the property of the Supreme Lord. He has given the nations particular places of residence and comfortable life in order to make progress in the matter of pure consciousness. The Lord has not allowed us to remain in such places simply to create a hell by developing a training ground for hooligans, ruffians, demons and unbelievers. He is the Supreme Friend of all living entities, and therefore He has made the codes of Scripture, such as the Vedas and Puranas, to guide the civilized nations. Without such codes, they may become diverted by the influence of Maya, or impure consciousness, to consider the places of their appearance to be their own property.

The particular place of residence alloted to us must be protected from the disturbing forces of demons and nonbelievers—not as the proprietors of the land, but with full consciousness of servitorship toward the Supreme Lord.

Out of an impure consciousness, Sri Arjuna—in the epic of the Mahabharata—declined to fight on the battlefield of Kurukshetra. He forgot for the time being that he was not the proprietor. The Supreme Proprietor is Sri Krishna, and Arjuna is only a servitor. This fact was explained in The Bhagavad Gita from different angles of vision, and ultimately, when the illusion of proprietorship was dissipated, the pure consciousness of Arjuna was awakened by the mercy of the Lord, and Arjuna agreed to abide by the order of the Supreme Lord. His attitude of nonviolence, adulterated with a sense of proprietary right, was condemned by Sri Krishna at the very inception of the idea. It is sheer nonsense to conceive of the devotees of Godhead as so many inert elements within society. Real devotees of the Lord, like Sri Hanuman (of the Ramayana) are neither violent nor nonviolent on their own account—but they can be both violent and nonviolent in the service of the Lord. This is the criterion of pure consciousness.