Srila Prabhupada has Changed the History of the World

This man has changed the history of the world. Do you know him? 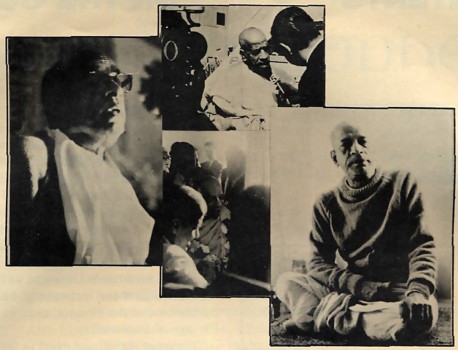 He’s A.C. Bhaktivedanta Swami, the Acharya (Holy Teacher) from India, who came to the U. S. in 1965 and touched off a major revolution.

The Swami’s revolution affects not the external things of the world. It strikes at the very root of being—at consciousness. He has called his movement Krishna Consciousness.

You owe it to yourself to know what A.C. Bhaktivedanta Swami is saying to the people of America and India. These are his writings: 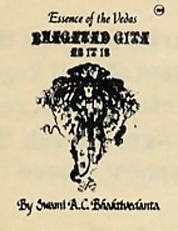 ESSENCE OF THE VEDAS: BHAGAVAD GITA AS IT IS

Every serious student of Yoga, Transcendental Meditation and the mystic sciences of the Orient looks to the Bhagavad Gita as the single imperative item on his bookshelf. Find out what the Swami, whose translation of the Gita will be published by Macmillan Co. in October, 1968, has to say about this Scripture and Its immortal, urgent message. price: 50 cents 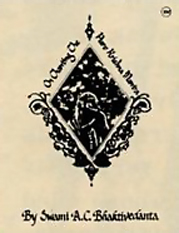 ON CHANTING THE HARE KRISHNA MANTRA

The Maha or Hare Krishna Mantra has been found on the lips of the leaders of the new generation movements in East and West alike; it has been called the “Hippie anthem;” and it has been explained endlessly—and always inaccurately. Here the Swami, who first delivered the chant to the West, explains the real meaning and purpose of the Hare Krishna Mantra. price: 25 cents 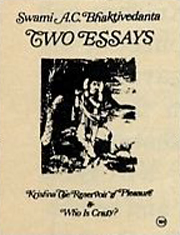 Sanity, self, society—and how to perfect them. Mantra Yoga, the scientific writings of the great Hindu mystics, and the eternal pleasure principle. price: 50 cents