In The Nectar of Devotion it is stated that if anyone just sees the Rathayatra cart passing and stands up to receive the Lord, he can purge all sinful results from his body. And if anyone follows the Rathayatra cart when the Deities pass in front or from behind, even if he is born of a lowly family, he can achieve opulence equal to that of Visnu (God). Although one may think such statements to be exaggerations, expert devotees who know the intricacies of transcendental science do not doubt them.

The potency of the yearly Rathayatra Festival is inconceivably great. As pictured here, thousands and thousands of people participated in the 1970 Rathayatra Festival, which was celebrated simultaneously in San Francisco and London by the International Society for Krishna Consciousness. In San Francisco the procession was personally led by His Divine Grace A.C. Bhaktivedanta Swami Prabhupada, the founder and acarya of ISKCON and a pure devotee of Lord Jagannatha. Those who joined in this sublime transcendental event by chanting Hare Krsna, dancing in ecstasy and feasting on prasadam, spiritual food offered to the Supreme Lord, took part in the highest form of yoga.

Yoga means to link with God in loving exchange. Lord Krsna teaches in Bhagavad-gita (6.47) that the highest yogi is “he who always abides in Me with great faith, worshiping Me in transcendental loving service.” The Rathayatra Festival is a potent transcendental stimulus for developing love of Godhead. The Rathayatra procession—the gigantic, opulently decorated Deity cars and thousands of people chanting Hare Krsna and dancing ecstatically—can attract even the materialistic person. By becoming attracted to the Supreme Lord in His form as Jagannatha one loses his attachment to the illusory happiness of the mundane world. Thus simply by seeing the Deities, simply by hearing the transcendental sound vibration of Hare Krsna, Hare Krsna, Krsna Krsna, Hare Hare/Hare Rama, Hare Rama, Rama Rama, Hare Hare, or simply by tasting foodstuffs offered to Krsna, anyone can begin his progress back to Godhead without difficulty. And by applying his energy in understanding the Krsna consciousness movement and participating in glorifying the all-blissful Lord of the universe, one can revive one’s eternal loving relationship with the Supreme Personality of Godhead.

Rathayatra is a love festival. God, Krsna, is the ultimate object of love, and we are meant to love Him. Such spiritual loving ecstasy as was felt by the thousands who took part in the Rathayatra Festival does not come from idol worship, but is an authorized transcendental feeling. Only a stone-hearted man could not react with delight to see the Deity of Lord Jagannatha drawn on His huge cart, surrounded by hundreds of chanting devotees. Idol worship means to pay obeisances to some whimsical material object, like a wood carving or stone sculpture of an imaginary God created within the mind. The Christian scripture, for example, declares that one should not worship any graven image. Lord Jagannatha, however, is certainly not in the category of imagination. Jagat means universe, and natha means Lord, so Jagannatha means the Lord of the universe—Krsna. Krsna is accepted by all the followers of the Vedas, the oldest scriptures known to man, as the Absolute Truth, the Personality of Godhead. As stated in the Brahma-samhita, “Krsna, who is known as Govinda, is the Supreme Godhead. He has an eternal, blissful spiritual body. He is the origin of all. He has no other origin, and He is the prime cause of all causes.”

In India there are thousands of Krsna temples, and millions of people acknowledge Him to be the original God, the one without a second. Krsna Himself declares in Bhagavad-gita that He is the father of all living entities. So He is nothing like “a Hindu deity,” but He is the source and sustainer of all entities, be they Christian, Hindu, atheist, or lower animals and plants. Moreover, it is stated in Vedic scripture that Krsna appears in the incarnation known as arca-vigraha, the Deity form, just so the devotee may worship Him easily in His personal form. Because in our conditioned state we cannot see Krsna in His original spiritual form, with two hands holding a flute, He kindly appears in the natural elements such as wood or brass or oil paint. The Deity incarnates in this way just so the devotees can worship Him, dress Him, offer Him foodstuffs and look upon His grace-giving countenance. This is not a matter of imagination; rather, it is Krsna’s grace. God is so kind that He becomes pliable to the devotees’ worship, He allows the devotees to feed Him, and whatever they offer Him with love and prayers, He accepts (Bg. 9.26). Similarly, the Lord is pleased to ride on the Rathayatra cart and be seen by thousands of His subjects.

We request everyone to try to understand the transcendental nature of the Rathayatra Festival. God is actually able to ride on the Rathayatra cart, and in His form as the Deity, bestow His blessings upon all. Who can deny God if He wishes to appear before us? According to all authorized statements and the experience of great devotees and scholars of spiritual love, Lord Jagannatha is Krsna Himself. We may believe or not believe; that is a different matter. But Lord Jagannatha rides on, and the devotees feel pleasure at heart, and all persons factually receive His blessings on the occasion of Rathayatra. 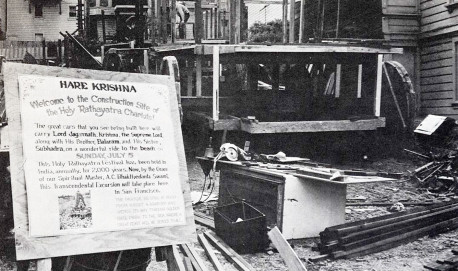 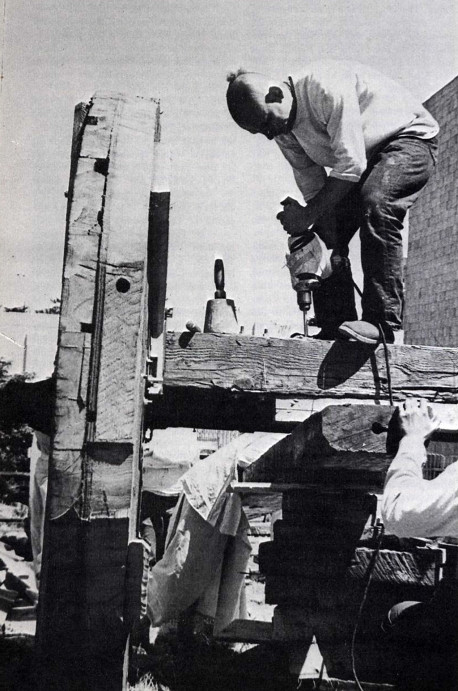 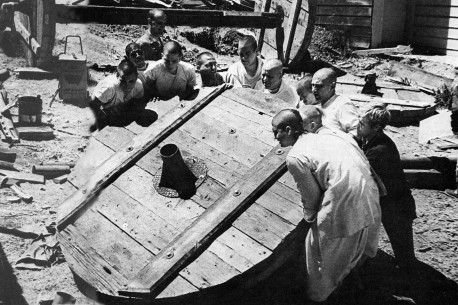 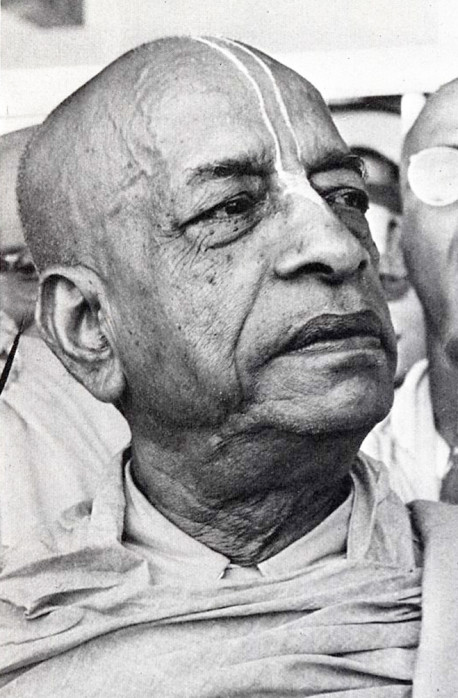 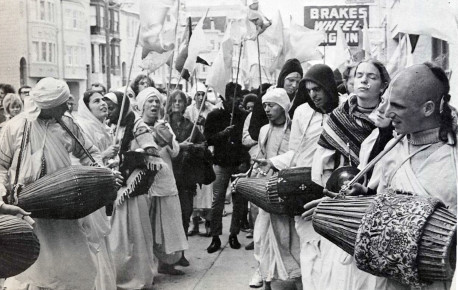 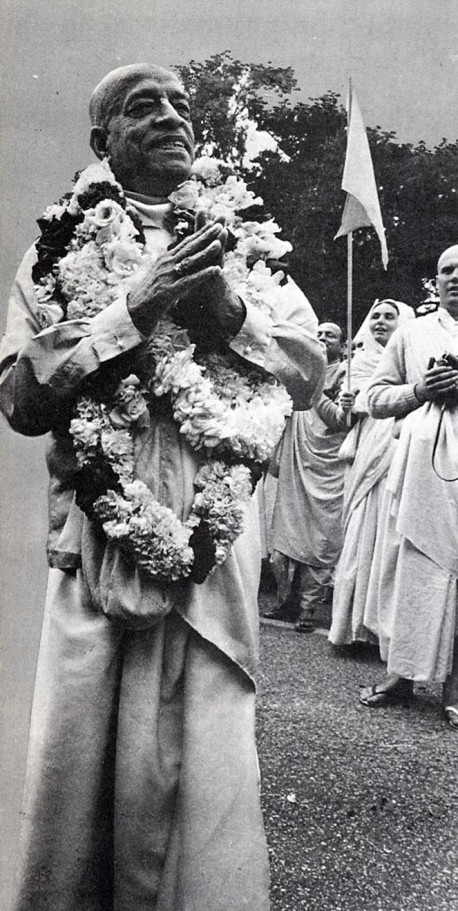 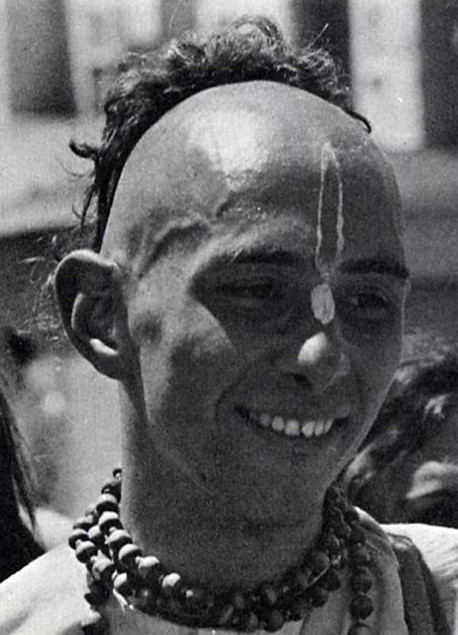 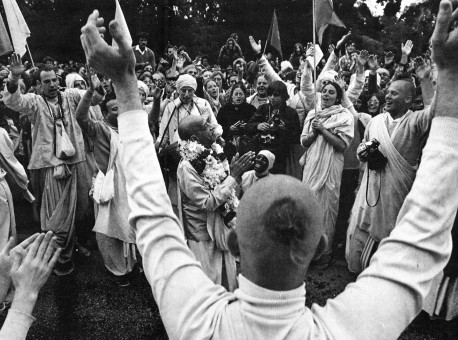 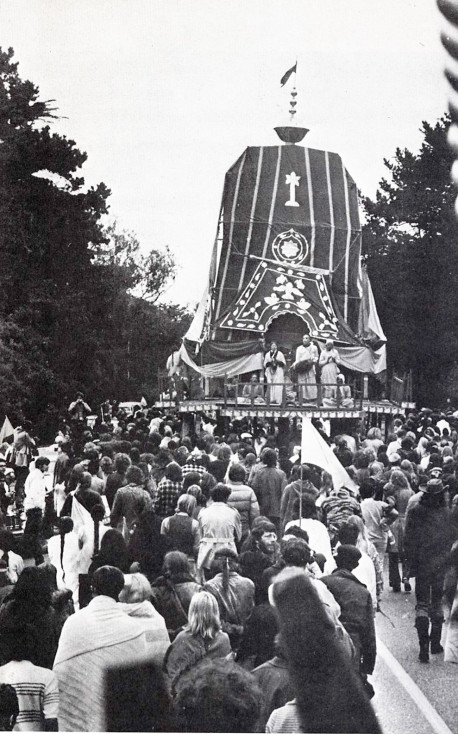 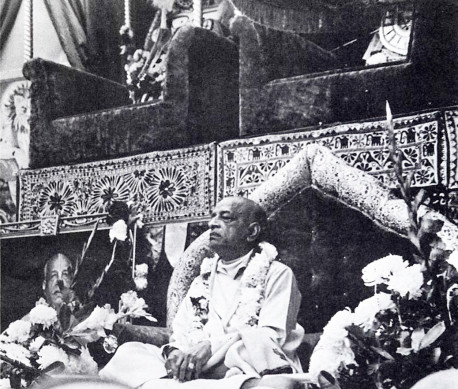 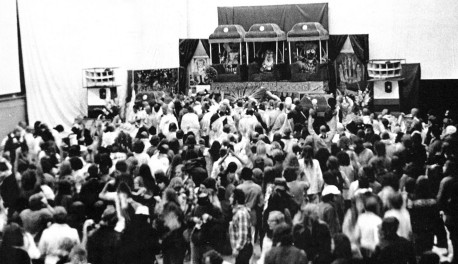