Back to Godhead > Festivals > Holy Rathayatra Festival in Tokyo

Srila Prabhupada has written the President of the Tokyo, Japan, temple of the International Society for Krishna Consciousness: “Your temple can be named New Gaya. Gaya is the province in India where Lord Buddha flourished. Japan is a Buddhist country, and we accept Lord Buddha as an incarnation of God. Also, it was at Gaya that Lord Caitanya was initiated by His spiritual master, Sri Isvara Puri Maharaja.” Just in the tradition of Lord Caitanya, the Rathayatra Festival was celebrated by ISKCON devotees in New Gaya. The Supreme Lord Sri Krsna’s realm is everywhere, and the chanting of the holy name Hare Krsna is universal because it is transcendental to all material designations such as country, race and sectarian religion. Devotional service, as taught by Lord Caitanya and exemplified in Rathayatra, is simply transcendentally joyful. 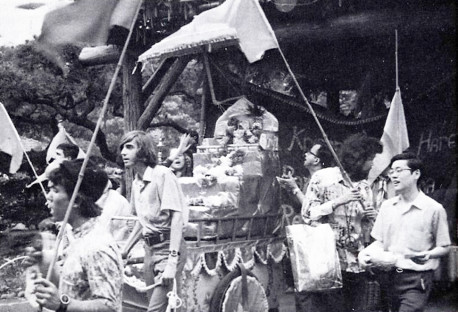 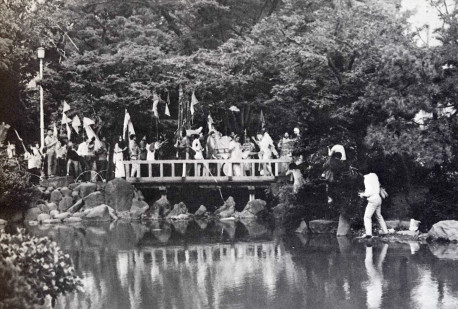 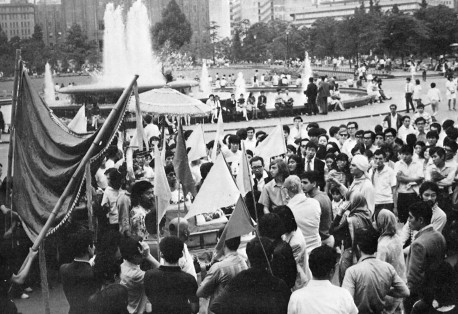 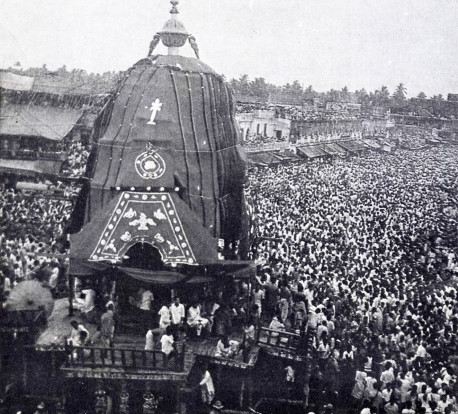 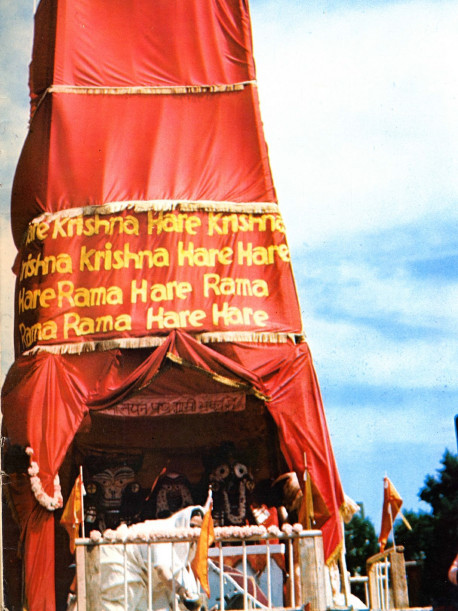