Back to Godhead > ISKCON > Gurukul > In the Gurukula School in Dallas, Texas and Around the World

In the Gurukula School in Dallas, Texas and Around the World 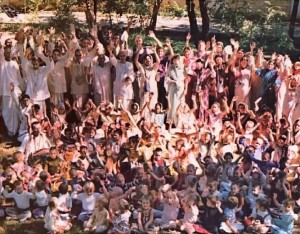 A self-realized person must know what is matter, what is spirit, and who is the controller of both. Matter consists of things that have no independent life, like stones, machines and even our very bodies. Spirit is the living force. And the controller of both is God Himself, Lord Sri Krishna. The children at Gurukula (“the place of the spiritual master”) are cultivating self-realization by engaging in practical service to Krishna. Gurukula, the children’s school of the International Society for Krishna Consciousness, has one hundred children, ages 3-13, and thirty well-trained teachers. They rise early, bathe and attend early-morning worship of the Lord in the Gurukula temple. And later, during the day, the children study English, math and Sanskrit.

Love of Krishna is dormant in the heart of everyone. So when a child comes in touch with a natural way of life, full of good association, intelligent direction and worthwhile activity—in other words, when he comes in touch with Krishna consciousness—his dormant love awakens. He becomes strong, self-controlled, honest and satisfied. And when he grows up, he can become qualified to lead the world away from materialistic peril and into secure service to the Lord. Thus Gurukula is producing spiritual leaders for the world of tomorrow. 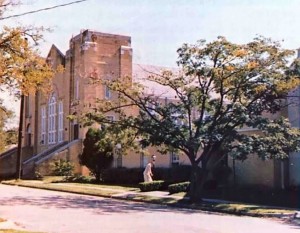 Gurukula is one of more than eighty worldwide centers of the International Society for Krishna Consciousness, which was established in 1966 by His Divine Grace A.C. Bhaktivedanta Swami Prabhupada. This magazine, Back to Godhead, will tell you about the Hare Krishna movement and the philosophy of Krishna consciousness. As you look through it, on page 18 you’ll find an article telling you more about Gurukula.