How I Came to the Krishna Consciousness Movement

as told to Bibhavati-devi dasi 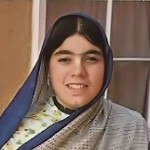 When I was a young girl in Bordentown, New Jersey, I went to a strict Catholic elementary school. The religious training I received there wasn’t too satisfying, though. I remember asking questions like, “Is God old?” “What does He look like?” “What does He do all day?” Unfortunately, none of my teachers could answer these questions, so I began reading outside books to satisfy my curiosity.

During my high school years, I became very interested in journalism—especially the technical aspects of graphics and printing. After I graduated, I got a job at Princeton University Press as an IBM type composer. They put me to work composing a thousand-page book on the Arab-Israeli conflict. In the evenings I read books on Oriental religion and mysticism, looking for answers to the questions that had first occurred to me in grade school. But the books were all very vague. They talked about things like “the light” and “cosmic consciousness,” but they never gave any concrete answers to my basic questions. One book told me that to meditate I must sit down and try to clear my mind of all thoughts. But when I sat down and tried to do this, all of a sudden I thought, “How can you possibly clear your mind of all thoughts if you’re thinking about clearing your mind of all thoughts? That’s a thought, and you always have to keep that thought in your mind in order to do it.” So I just threw the book out. Meanwhile, I was becoming very bored with the Arab-Israeli conflict.

One day a friend of mine showed me a book she had gotten from a Hare Krishna devotee. It was called Sri Isopanisad, The book’s introduction alone was so complete—it explained all the things I’d been wondering about! I didn’t know anything about the Hare Krishna movement, but I was so impressed with the book’s author, His Divine Grace A.C. Bhaktivedanta Swami Prabhupada, that I said to myself, “He must be my spiritual master.” Following his instructions in Sri Isopanisad, I started chanting the Hare Krishna mantra.

A few months later, while browsing in a bookstore, I found another book by Srila Prabhupada: Bhagavad-gita As It Is. It was the most beautiful book I’d ever seen. I was very excited about it, so I bought it, took it home, and began to read it. I couldn’t put it down. Everyday, I brought the book to work with me. That wonderful Bhagavad-gita changed my life. In fact, it convinced me to become a devotee of Krishna.

One day I was working at my desk when a young man walked into the office. I immediately noticed his saffron robes and shaven head, and then I saw that he was carrying a copy of the same Bhagavad-gita I had on my desk. He was a Hare Krishna devotee, and he’d come to Princeton Press to check on their book production methods. I’d never met a devotee before, but I’d been praying to Krishna to send someone, and I felt that this devotee had been sent by Krishna for my sake.

Later, when I had a chance to talk with him, my first question was, “Do you need any composers?” I’d noticed that Bhagavad-gita As It Is was published by ISKCON Press, and I’d daydreamed of working for them. “If I can compose books like the Bhagavad-gita,” I told him, “I’ll work for free.” The devotee, whose name was Radhavallabha dasa, encouraged me to visit the Hare Krishna temple in New York. He told me about the four basic rules of spiritual life: no meat eating, gambling, illicit sex or intoxication. I immediately began following them because I saw how pure and happy he was, and I wanted to be like that.

Soon afterward I visited the temple in New York. Everyone was very friendly, especially one girl named Rukmini dasi, who went out of her way to be pleasant and encouraged me to move in with the devotees and take up their way of life.

Back in Princeton, I thought about everything that had happened, and I decided to become a full-time devotee. After moving into the temple I immediately began to compose my spiritual master’s books at ISKCON Press, and I’ve been working there ever since. Sometimes, during a rush, I work up to sixteen hours a day, but because these books are sacred, I feel very fulfilled. Krishna consciousness is the practical yoga I’d been looking for all along.

Finding Krishna consciousness was like finding a rain cloud in the desert. It’s revealing the truths I’ve always wanted to know. And I’m especially fortunate to be working on the books of my spiritual master, His Divine Grace A.C. Bhaktivedanta Swami Prabhupada, for in this way I am helping others to also find out the truth.

One Response to How I Came to the Krishna Consciousness Movement