Back to Godhead > Society > Philosophy > Are You Free? 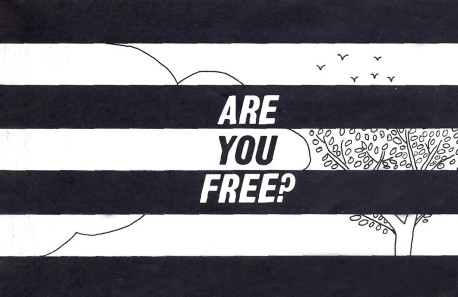 When a person becomes incompatible with the rest of society, he either remains unhappy in that society, or he seeks to escape to a life of greater freedom. This is what is happening in the Western world today. People who become frustrated by living under the unnatural restrictions of the material world have tried to escape these bonds and to achieve a freer life. But then, inevitably, as soon as an intelligent man gets tired of the transitory pleasures gained by some new material endeavor, he is again at a loss, and is forced to wonder about the nature of real happiness.

Many people are under the illusion that they were really happy in their youth. But once the fourfold miseries of material life—birth, disease, old-age and death—manifest themselves, the evanescence of that previous happiness becomes apparent to them. For some the illusoriness of life becomes so obvious that they try to subjugate the mind, to avoid being bothered with thoughts of their hopeless condition, by the use of intoxicants and other means.

According to the teachings of the Vedic sages and Scriptures, all the miseries that we experience are due to our false conception of: “I am this body.” We are not this body, but pure spirit soul—divine sparks of living energy. The gross material body is similar to an automobile. The automobile runs very nicely with a driver, but once the driver has left it, there is no movement. It is just dead matter. We are the drivers, and our bodies are just dead matter, machines which we as living forces are activating.

What is our eternal position? We can see on this earth that our principal occupation is serving: The administrator serves the citizens, the employee serves the employer, a man serves his senses, his dog, his wife, his children, his car, etc. It is worthwhile for us to ask here: What satisfaction is gained from all this service? And the answer can only be: Transitory happiness at best. It is therefore not surprising that people are frustrated, that they don’t treat one another kindly, or with sincerity. We are all servants, but we have nothing to serve in the material world which will give us the happiness we are looking for.

Therefore, we should not look to the material world for real, much less eternal peace, love, bliss and knowledge. Whatever you may have gained materially will not do you any good at death. And since we are all going to die, to leave this body, we must consider what there is which will transcend death itself. This sort of reasoning brings us to realize that the only person who can give us everything we want is God, because He is the Supreme source of everything. He has everything to give, and He is all-attractive. We all have an eternal relationship of love with Him, which we have simply forgotten due to material attachment.

The easiest and fastest way of reviving our original relationship with the Supreme Personality of Godhead, Krishna, is by chanting His Holy Names: Hare Krishna, Hare Krishna, Krishna Krishna, Hare Hare/ Hare Rama, Hare Rama, Rama Rama, Hare Hare. This chant is the sublime method for achieving full God consciousness, and it quickly brings one to a state of ecstasy and bliss. It can be practiced by anyone, regardless of age, race, religion or nationality, and therefore offers a real basis for the brotherhood that men have so long been seeking. What’s more, by delivering us to the platform of pure, unconditioned consciousness, the chanting of Hare Krishna sets us free to act in terms of spiritual reality.