Hare Krishnas Moving Ahead in Australia — Every Town and Village

Moving Ahead in Australia 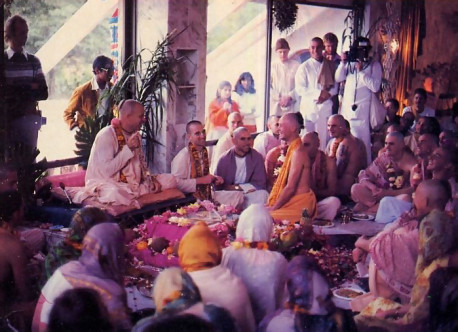 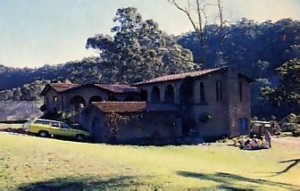 In Sydney, ISKCON has opened a new center in King’s Cross, a central part of the city. The three-story temple complex also includes a drug counseling service, with a licensed psychologist on duty full time. The service has already had considerable success in helping addicts overcome their problem.

Two hours from Sydney, the Society has acquired a new farm, Bhaktivedanta Ashram—136 acres of mandarin orchards, vegetable gardens, and forested hills, near the Colo River. The Ashram, which includes two buildings to accommodate guests, also works with the drug counseling program in Sydney to provide a supportive environment for former addicts.

In New South Wales, the Society has opened a new temple at its one-thousand acre farming community, New Govardhana, near the town of Murwillumbah. Srila Bhavananda Goswami Visnupada, the present acarya (initiating spiritual master) for devotees in Australia, dedicated the temple in festive two-day ceremonies. The marble-walled temple, designed and constructed entirely by devotees, took nearly a year to build. Two hundred devotees and fifteen hundred guests took part in the opening celebrations. 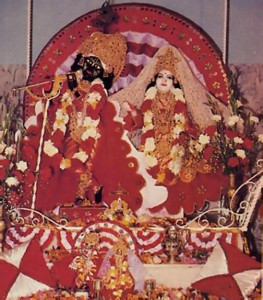 The Divine Couple, Radha and Krsna, look on at the Ashram’s opening.

During the second day of festivities at New Govardhana, Srila Visnupada initiated thirty-one new disciples. Among the initiates was Kalacandra dasa, formerly a teacher for a popular technique of meditation.

“I realized that I had come to love the Bhagavad-gita very much,” Kalacandra explained. “But my teacher had only given us a third of it—six chapters. Then I read the other twelve chapters—in Bhagavad-gita As It Is. The actual phrase that changed me was in Chapter Twelve, where Lord Krsna explains that of the two types of transcendentalists—the impersonalist meditator and the devotee—the devotee is the most dear to Him. The night I read that, I turned to my former teacher’s picture on the wall and said, ‘Thank you. Now I can move on.’ “