Back to Godhead > ISKCON > Gurukul > Education in ISKCON: The Blossoming of Spiritual Awareness

Education in ISKCON: The Blossoming of Spiritual Awareness 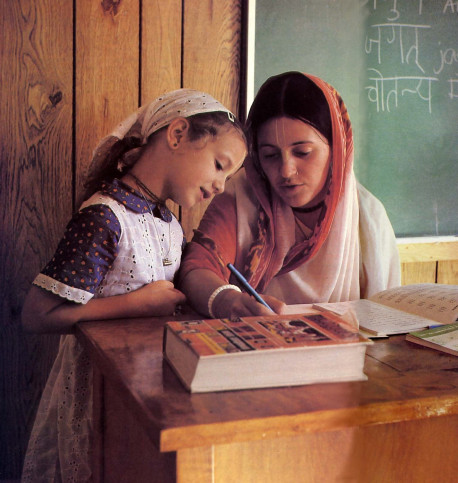 If Darwin, Huxley, Dewey, or any other of modern education’s founding fathers were still around to see the students pictured on these pages, they might remark, “We admire the results, but abhor the method.” 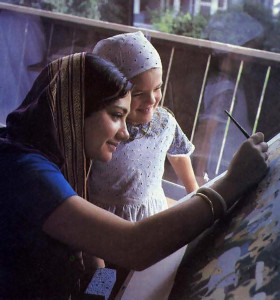 As anyone can see, these children radiate happiness and fulfillment; but by today’s educational standards, they’re doing things all wrong. For one, they simply chortle at Darwin’s notion that inert chemicals and shaggy orangutans could evolve into humans like themselves. With no thought for Huxley’s impersonal universe, they see all around them the telltale signs of a Supreme Person. Unmindful of Dewey’s moral relativism, they’re framing what they do here and now upon the words Lord Krsna spoke ages ago in Bhagavad-gita. And (you can see it in their faces) they are experiencing a sense of joy and selfdiscovery that public school teachers can only dream of for their students.

Says Randy Gribbin, a sixth-grade teacher at a highly rated public school in Texas, “These Krsna conscious children are all wide-eyed and alert, and they concentrate on their studies. Most public school kids are busy dressing up to attract the opposite sex, passing notes, and smoking marijuana.” 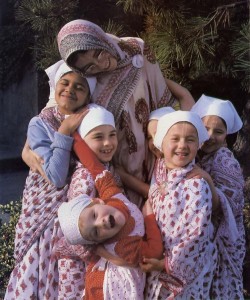 “People are wondering,” says Padyavali-devi dasi, a Krsna conscious teacher,—”‘How could our public schools be trying so hard to make kids ethical and educated and yet turn them out just the opposite?’ In my experience, a student can attain real learning and ethical grounding only when he or she realizes that the world is actually God-centered, that everything is emanating from the Supreme Lord: the original proprietor, enjoyer, and friend.”

Otherwise, high-sounding humanistic phrases notwithstanding, the student can only end up lost and groping. “For the most part,” says Gribbin, “public schools’ experiments with unstructured ‘do your own thing’ education have not been successful.” 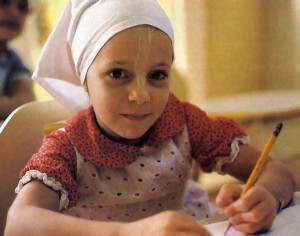 “In our school we have three of us teachers constantly prowling the cafeteria,” says Anthony Stachursk, a twelve-year veteran of the Michigan school system. “Yet it’s still bedlam. Children throw their food around and perform lots of other antics.

“But at the Krsna schools I’ve noticed that all the children—even the four- and five-year-olds—sit in the dining hall and eat with self-control. I think it’s because of the God conscious teachers and teaching methods.”

“In the public schools,” adds Gribbin, “the teachers don’t actually care about the students, and the children sense this. At the Krsna schools, though, I’ve seen many dedicated teachers who are motivated by love and concern for the children rather than by a paycheck or a higher position. There they teach the children not only self-control but the reason for it: God consciousness.” 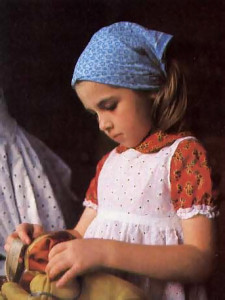 As Yogesvara dasa (director of Bala Books, a Krsna conscious publishing house) points out, “Krsna devotees are not alone on this issue. ‘Secular humanism,’ or education that is not based on a spiritual concept, has caused the public school system to fail, even from the academic viewpoint, because the child as an emotional entity, as a spiritual entity, is lost. And so this kind of soulless, Godless schooling has sparked an alternative education movement, all over this country and all over the world.”

“Sensible, God conscious people have to alert themselves to the crisis,” says Jagadisa dasa, ISKCON’s minister of education. “The world’s various humanist-materialist-atheists know that children are just like clay—that you can mold them whatever way you like—and they’re busy molding them after their own image.

“The difference between the Dewey-Darwinists and the rest of us is simple: they want the children to think like two-legged animals—all caught up with their temporary material bodies—and we want the children to understand that they’re actually spiritual persons, emanations from the Supreme Spirit. 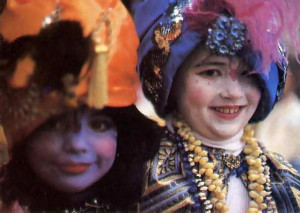 ” ‘You’re just falling back on blind faith,’ they may say. But then, they have their own kind of faith. For instance,” says Jagadisa, “if you’re living in a city somewhere, one kind of faith is to see the street lights going on at night and off in the morning and the water system supplying people’s needs and then say there’s no central government, no mayor behind it all. Another kind of faith is to see all those things and say there’s got to be a central government and a mayor. We would call the first kind of faith blind and the other reasonable. “But anyway, everybody has to have some kind of faith. You take your choice. You put your faith in Marx or Freud or Darwin or Dewey—, or you put your faith in the Supreme Lord. 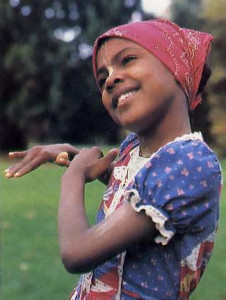 “And then you observe the results. That, after all, is the ‘scientific method.’ It’s not too hard to observe what happens when you put your faith in Marx or Freud or Darwin or Dewey. In many schools now, the teachers have to wear wrist radios, so that they can call for help when their humanized, liberated students try to rape or rob them in their own classrooms.”

And what are the results when you put your faith in Lord Krsna? Says Jagadisa, “You can see it in the chidren’s faces. In Bhagavad-gita Krsna is offering not a dogma but a practical, scientific process. And as Srila Prabhupada told us, ‘The proof of this teaching method shall be seen in the spiritual improvement and fresh enthusiasm exhibited by the children.’ 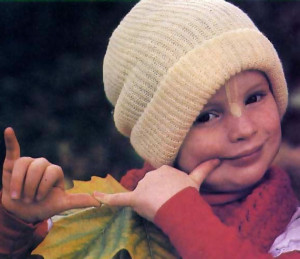 “Before Srila Prabhupada came to the West,” says Jagadisa, “even religious schools had very little scientific knowledge of God consciousness. Students today have a hard time with the Bible’s rather sketchy explanation of creation and our relationship with the Supreme. But for science-minded people, Bhagavad-gita and the other Vedic literatures provide satisfying answers. “Without a scientific understanding of their spiritual selfhood, students have to feel worried and depressed and anxious. Once they become convinced that everything (including themselves) has come from primordial matter, then life ultimately means death: everything zero. And that’s got to bring on anxiety. You take even the brightest materialists—Freud was a good example—they have to feel anxiety-ridden, because deep down (and Freud admitted this), we all want to live forever. The problem comes when you don’t have any practical, scientific understanding of how to do that. 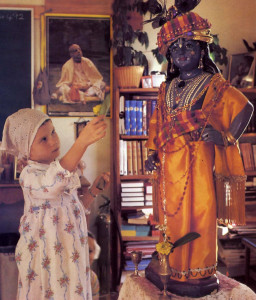 “But you can find what you’re looking for,” says Jagadisa, “in the Gita. There Lord Krsna points out (and anyone can observe this scientifically), ‘From babyhood to childhood to adulthood to old age, you leave behind body after body after body, but you—the inner self—still exist. In the same way, when you finally leave behind your old-age body, you will go on existing…. So,’ Krsna says, ‘why settle for pleasures that pass with your passing material bodies? Live like the spiritual being you really are—devote yourself to Me, the Original Spirit. That way, even now you will experience lasting, spiritual pleasure. And after this life you will come to Me.’ 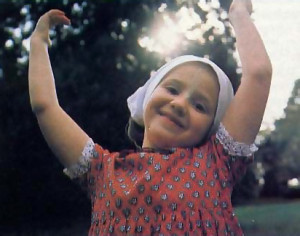 “In the Gita,” says Jagadisa, “you find a whole range of data on spiritually aware, God conscious living. And when you make the experiment and act on this data, then you understand, you realize—you become happy. Mentally, intellectually, emotionally, spiritually—you become ecstatic. So this is our practical, scientific experiment: our students are living in a Krsna conscious way, and they’re finding that the process works. 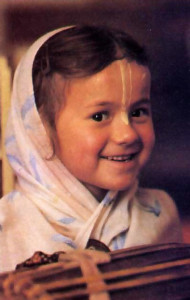 “Our students have learned—scientifically, practically—that the Supreme Spirit exists, and that they, too, are actually spiritual. Simply by doing their course work for Krsna, and especially by chanting His names, they’re learning that He’s a feelingful person, like they are. In fact, they’re always experiencing their eternal loving relationship with Him. For them, living has become a thrill at every moment.”