Back to Godhead > PDF > Back To Godhead July 1977 PDF Download 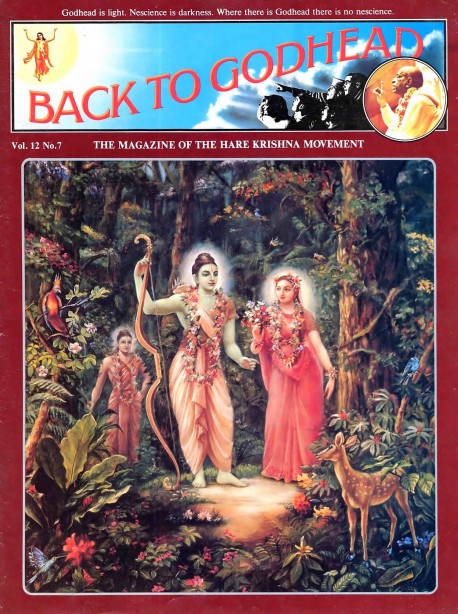 The Supreme Lord once appeared as Sri Ramacandra, the ideal God conscious king. And He accomplished His mission–to establish the principles of religion and destroy demonic, irreligious influences–despite being exiled to Dandakaranya Forest (with His eternal consort Sita and brother Laksmana, shown here). As Lord Rama’s triumph was inevitable, so today is the triumph or His holy names (Hare Krishna, Hare Krishna. Krishna Krishna, Hare Hare/ Hare Rama. Hare Rama, Rama Rama, Hare Hare). Srila Prabhupada says, “The kingdom of Rama was immensely popular and beneficial and the spreading of this Hare Krishna movement can immediately introduce a similar situation, even in this Age of Quarrel.” 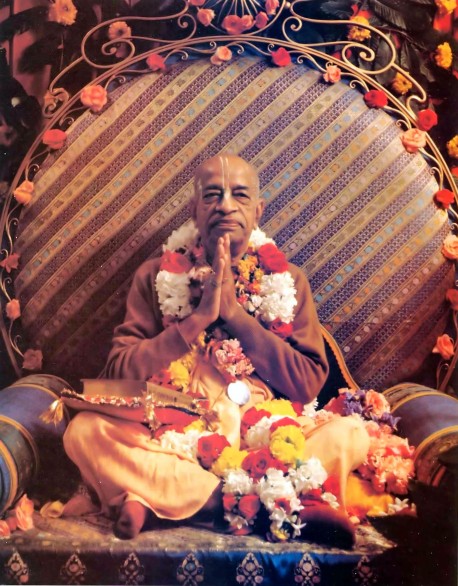