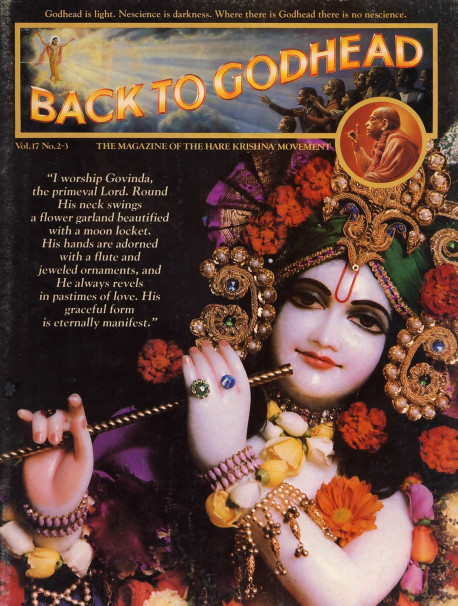 His lotus-petal eyes full of love and compassion, Lord Krsna invites us to join in His pleasure pastimes in the spiritual world, Goloka Vrndavana. There, playing as a simple cowherd boy bedeck ed with fresh blossoms, peacock feather, turban, and jeweled ornaments, He enchants all with His melodious flute-songs. The great devotees pray for this vision to be manifest in their hearts even in this world. 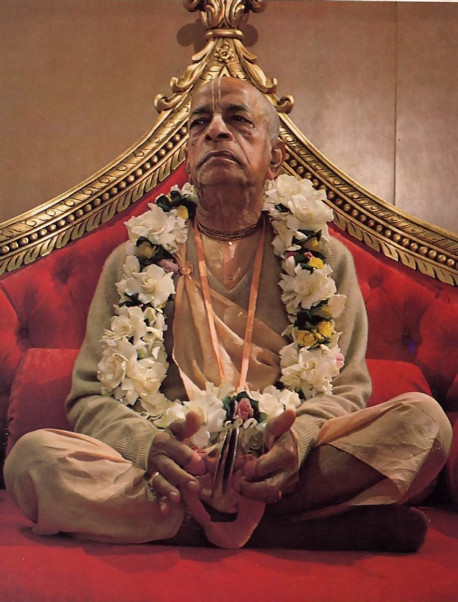