Back to Godhead > ISKCON > Temples > The Best of Both Worlds…

The Best of Both Worlds… 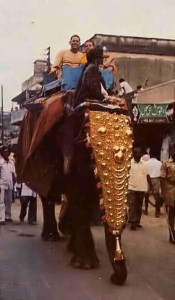 Says Ladd, “When people would come up to me on the street and ask me what I was doing here, why I”d left my rich country, I”d try to explain that I felt their country was rich in another way—rich in spiritual heritage. But still I felt a lot of people didn”t understand. They wanted so much to take after the American culture—they couldn”t understand why an American would want to take after their culture.” 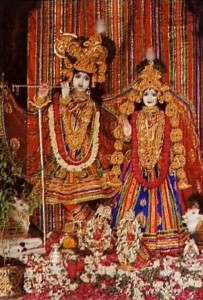 Especially endearing to all who visit the temple are the Deities, Lord Krishna and His consort Srimati Radharani.

One Hyderabad resident who could understand was G. Pulla Reddy, whose confectionery business had given him occasion to travel and see the West”s spiritual bankruptcy for himself. When Ladd (Srikara dasa) and some other Krishna-conscious devotees told Mr. Reddy that they had come to build a temple and help the people remember their spiritual culture, he offered them a piece of choice land right in the heart of the city.

“So,” Ladd says, “we started organizing the project right away. Mr. G.V. Reddy, the Minister of Town Planning, did the design for the building, and many other people offered their skills, too. Ornamental craftsmen came all the way from Madras to do detailed work on the columns, archways, domes, and so forth. Even the little children helped out. Some of them served out lunch [from the temple”s temporary kitchen] to the hundreds of people who came each day.” 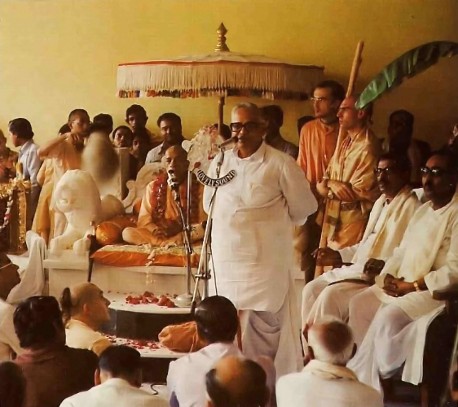 At the temple”s opening, the Chief Minister said, “History is in reverse. Once, Indians tried to follow Western ways, but now the people of these countries are looking to India for spiritual direction.” Tall Tracy Ladd stands in the back, next to staff carrying Yasodanandana Swami. 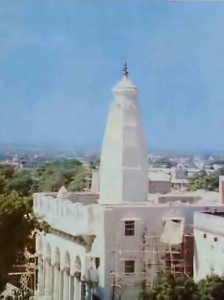 The main dome of the new temple that the Americans and Indians built together.

When the temple opened last summer, J. Vengal Rao, Chief Minister of Andhra Pradesh (India”s fifth-largest state), and seven other state ministers gave deep thanks to the American devotees and their spiritual master, His Divine online pokie machines Grace A.C. Bhaktivedanta Swami Prabhupada. (The center continues to offer daily seminars on the Vedic literatures and to distribute prasada, spiritual food, to all who come. And at nearby colleges, factories, and business centers, the devotees hold seminars on practical spiritual living, including mantra meditation.) Chief Minister Rao remarked, “History is in reverse. Once, Indians tried to follow Western ways, but now the people of these countries are looking to India for spiritual direction. Thank you for reminding us of our culture.”

To make clear what was happening, Srila Prabhupada told the State Ministers a little story. “Once there were two men,” he said. “One was blind, and the other was lame. What could either one do alone? Both were useless. But when they combined together, everything was all right. The blind man could walk, so he took the lame man on his back. And the lame man could see, so he gave the blind man directions—”Go this way…” In that way both men got their work done very nicely. 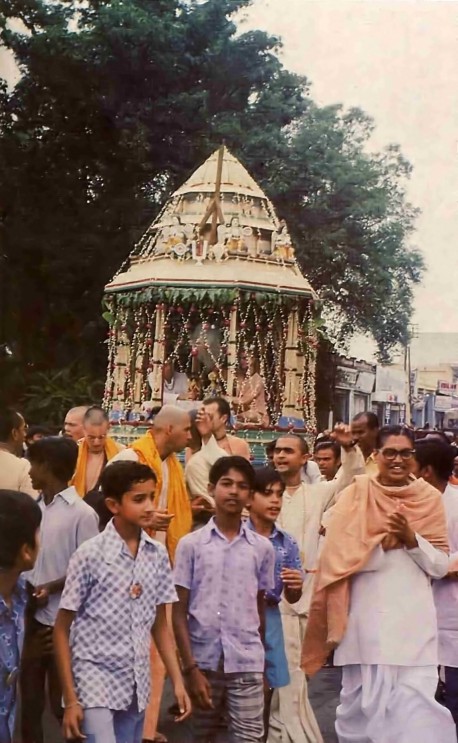 A God-conscious festival. Said Srila Prabhupada, “India is lame–it has no wealth–and America is blind-it has no spiritual direction. Let us combine together. Then we can give benefit to the whole human society. “

“Now, I say that India is lame—it has no wealth—and America is blind—it has no spiritual culture. Let us combine together. Then we can give benefit to the whole human society.” 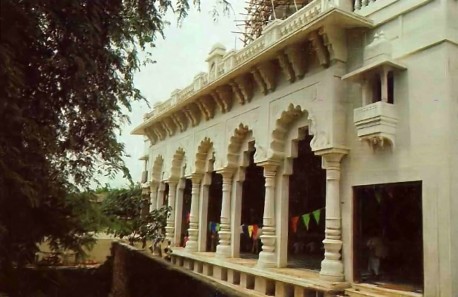 As soon as the American devotees started organizing the project, the Minister of Town Planning did the design for the building, and ornamental craftsmen did detailed work on the columns, archways, and domes.