Back to Godhead > Prabhupada > Taking Shelter of Lord Nityananda

Five hundred years ago, Sri Krishna, the Supreme Personality of Godhead, appeared in West Bengal in the role of His own pure devotee—Sri Krishna Caitanya Mahaprabhu. Lord Caitanya is considered the most munificent incarnation of Godhead because He made love for Krishna easily available through the chanting of the maha-mantra—Hare Krishna, Hare Krishna, Krishna Krishna, Hare Hare/ Hare Rama, Hare Rama, Rama Rama, Hare Hare. 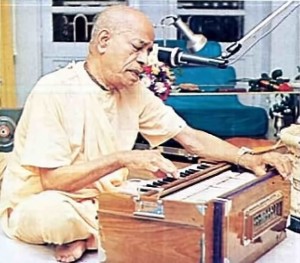 Srila Narottama dasa Thakura was a great devotee and spiritual master in the disciplic chain coming down from Lord Caitanya. He has written many songs, and they are recognized as authoritative by all Krishna conscious devotees. He sang these songs in simple Bengali language, but the purport—the deep meaning of his songs—is very significant. His Divine Grace A.C. Bhaktivedanta Swami Prabhupada has therefore explained many of these songs in English and taught them to his disciples. (Cassette recordings of Srila Prabhupada singing and explaining these songs are available from Golden Avatar Productions in Los Angeles.) 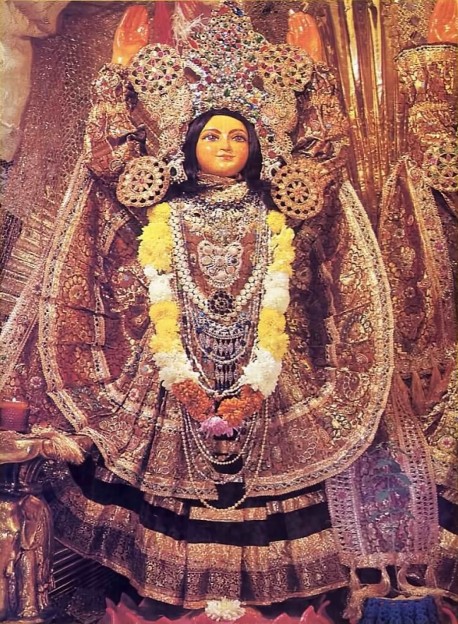 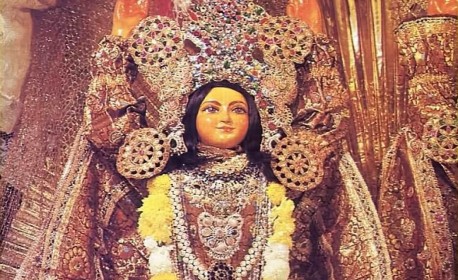 This is a very nice song sung by Narottama dasa Thakura. He advises that nitai-pada, the lotus feet of Lord Nityananda (kamala means lotus, and pada means feet), are a shelter where one will get the soothing moonlight not only of one but of millions of moons. We can just imagine the aggregate total value of the soothing shine of millions of moons. In this material world (jagat), which is progressing toward hell, there is always a blazing fire, and everyone is struggling hard without finding peace; therefore, if the world wants to have real peace, it should take shelter under the lotus feet of Lord Nityananda, which are cooling like the shining of a million moons. Judaya means relief. If one actually wants relief from the struggle of existence and actually wants to extinguish the blazing fire of material pangs, Narottama dasa Thakura advises, “Please take shelter of Lord Nityananda:’

Then he says, se sambandha nahi. Sambandha means “connection” or “contact.” Anyone who has not contacted a relationship with Nityananda is understood to have spoiled his human birth. In another song also Narottama dasa says, hari hari viphale janama gonainu: anyone who does not approach Radha-Krishna through a relationship with Nityananda has uselessly spoiled his life. Brtha means “useless.” Janma means “life.” Tara means “his,” and sambandha means “relationship.” Anyone who does not make a relationship with Nityananda is simply spoiling the boon of his human form of life. Why is he spoiling it? Sei pasu bada duracara. Sei means “that,” pasu means “animal,” and duracara means “misbehaved” or “the most misbehaved.” Without elevation to Krishna consciousness through the mercy of Lord Caitanya and Nityananda, life is simply spoiled for the animal propensities of sense gratification. Narottama dasa says that ordinary animals can be tamed, but when a human being is animalistic, having only animal propensities, he is most horrible, for he cannot be tamed. Ordinary cats and dogs or even a tiger can be tamed, but when a human being goes out of his way and neglects to take to the human activity of Krishna consciousness, his higher intelligence will simply be misused for animal propensities, and it is very difficult to tame him. The enactment of state laws cannot make a thief an honest man; because his heart is polluted, he cannot be tamed. Every man sees that a person who commits criminal offenses is punished by the government, and also in scriptural injunctions punishment in hell is mentioned. But despite hearing from scripture and seeing the action of the state laws, the demoniac cannot be tamed.

What are they doing? Nitai na bolilo mukhe. Since they do not know who Nityananda is, they never say the names of Lord Nityananda and Lord Caitanya. Majilo somsara-sukhe. Majilo means “becomes absorbed.”

They become absorbed in so-called material enjoyment. They don’t care who Lord Caitanya and Nityananda are, and therefore they go deep down into material existence. Vidya-kule ki koribe tara: if one has no connection with Nityananda, and if he does not come to Krishna consciousness, his vidya, or his so-called academic education, and kule, birth in a high family or great nation, will not protect him. Regardless of whether one is born in a very big family or nation or has a very advanced academic education, at the time of death nature’s law will act, his work will be finished, and he will get another body according to that work.

Why are these human animals acting in this way? Ahankare matta hoina, nitai-pada pasariya. They have become maddened by a false concept of bodily life, and thus they have forgotten their eternal relationship with Nityananda. Asatyere satya kori mani: such forgetful persons accept the illusory energy as factual. Asatyere refers to that which is not a fact, or, in other words, maya. Maya means that which has no existence but is a temporary illusion only. Persons who have no contact with Nityananda accept this illusory body as factual.

Narottamo bado dukhi, Narottama dasa Thakura, the acarya, is taking the position that he is very unhappy. Actually, he is representing ourselves. He says, “My dear Lord, I am very unhappy.” Nitai more koro sukhi “Therefore I am praying to Lord Nityananda to make me happy.” Rakha ranga-caranera pasa. “Please keep me in a corner of Your lotus feet.”