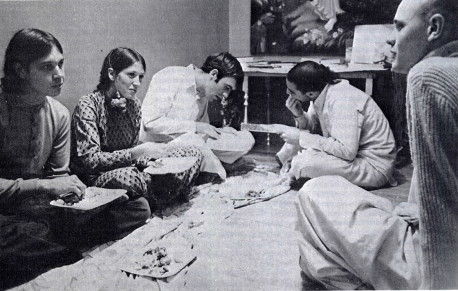 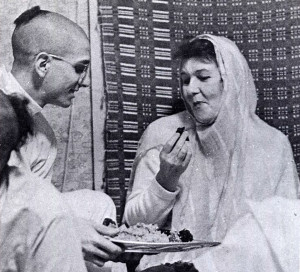 The taking of prasadam, spiritual foodstuffs, by the devotee and the distribution of such foodstuffs to the public is an extremely important part of Krsna consciousness. The directions for eating come from the scripture Bhagavad-gita, as translated in disciplic succession by His Divine Grace A.C. Bhaktivedanta Swami Prabhupada. Krsna, the Supreme Personality of Godhead, says in the Ninth Chapter of the Gita: “If one offers Me with love and devotion a leaf, a flower, fruit or water, I accept it.” (Bg. 9.26) Accepting this offer by the Supreme Lord, the devotee of Krsna follows a pure diet; he eats only food that is first offered to Krsna, who is present in His incarnation as the Deity on the altar. According to this verse in Bhagavad-gita, God actually eats foodstuffs which are offered to Him by His devotee. Since Krsna has an eternal, blissful body with inconceivable potencies, He is able to eat the offered food simply by hearing the prayers offered by the devotee. (The prayers are offered to the spiritual master, who in turn offers the food to Krsna personally.) Because the Supreme Personality of Godhead is absolute, therefore anything directly associated with Him, such as His name, His fame, His devotee, and also foodstuffs offered to and accepted by Him, becomes nondifferent from Krsna Himself. Anyone who takes remnants of prasadam offered to the 1,ord engages in yoga or the process of linking up with God. The proof of these assertions is that anyone who regularly takes prasadam will find himself gaining in spiritual strength. 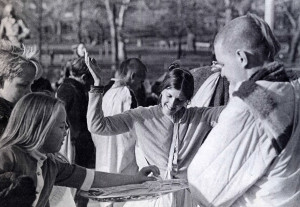 As to what kinds of food are accepted by the Supreme Lord, that information is also available in the Gita. It is stated in the Gita commentary of His Divine Grace A.C. Bhaktivedanta Swami Prabhupada, “If one wishes to engage in devotional service to the Supreme, in order to be purified and reach the goal of life—loving service to God—then one should find out what the Lord desires of him. One who loves Krsna will give Him whatever He wants. But he should avoid offering anything which is undesirable or unasked for. Thus meat, fish and eggs should not be offered to Krsna. If He desired such things as an offering, the Lord would have said so; but instead He clearly requests that a leaf, fruit, flowers and water be given to Him. 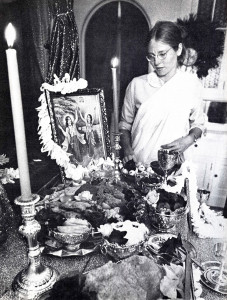 And He says of this offering, ‘I will accept it.’ Therefore we should understand that He will not accept meat, fish and eggs. Vegetables, grains, fruits, milk and water are the proper foods for human beings, as is here prescribed by Lord Krsna Himself. Whatever else we may eat cannot be offered to Him, since He will not accept it.” One may question, “Why is there a need to feed the Supreme Lord at all? Is He so much in need of food that He has to take offerings from His devotees?” God has no need. He is independent and self-satisfied. It is only out of love for His devotee that He is pleased to accept any offering made to Him. The example is given of a father who accepts a piece of food from his little son. The father is actually the provider of the son’s food, and he has no need to accept the food from his son, but if out of affection his son offers him something to taste, then the father is very, very pleased. That is the way Krsna is pleased by His devotees. Prasadam is simply the loving exchange between the Lord and His devotee. Anyone who takes advantage of this easy method of yoga can benefit more in a minute than he could by years and years of exercises or impersonal meditation. 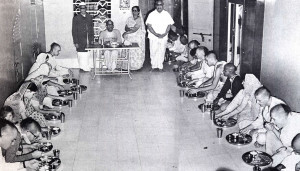 The sum and substance of the Krsna consciousness philosophy is to distribute prasadam, to perform sankirtana—glorification of God by dancing and singing the maha-mantra, Hare Krsna, Hare Krsna, Krsna Krsna, Hare Hare/Hare Rama, Hare Rama, Rama Rama, Hare Hare—and to hear the philosophy of Bhagavad-gita. The students of His Divine Grace A.C. Bhaktivedanta Swami Prabhupada are dedicated to serving all living entities through the worldwide dissemination of this joyful transcendental message.

In Bhagavad-gita Lord Krsna, the Supreme Personality of Godhead, declares the He will accept only offering of food provided it is offered in love by His devotees: “If one offers Me with love and devotion a leaf, a flower, or and water, I will accept it.” Once accepted by Krsna, such food is called prasadam (God’s mercy), and whoever eats such holy remnants gains great spiritual benefit. 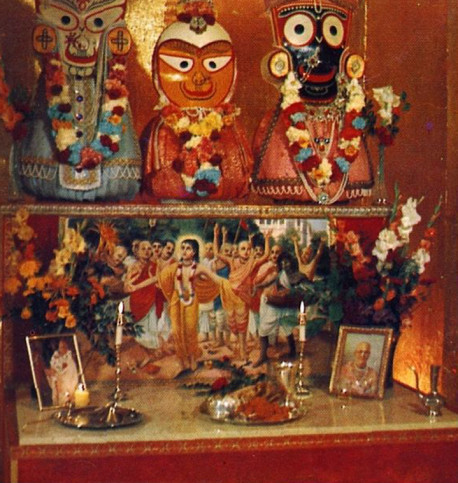 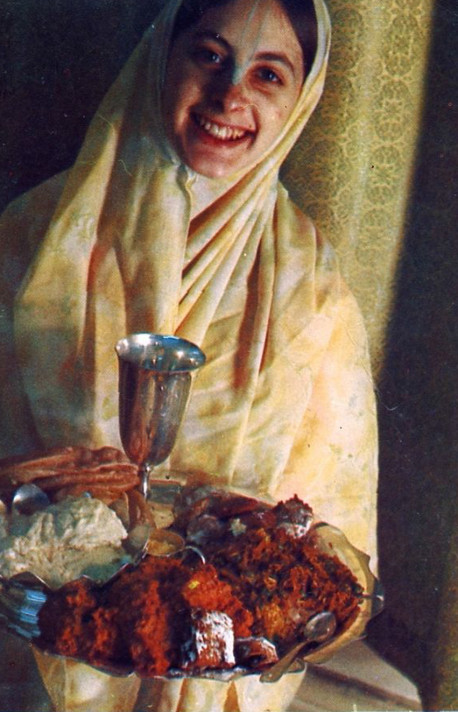 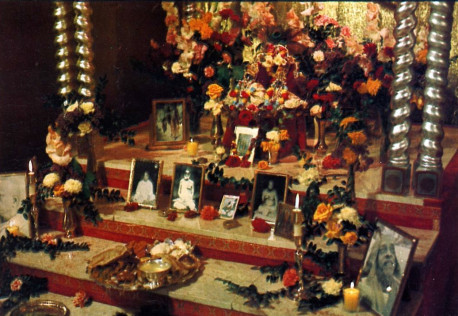