Back to Godhead > Devotees > Acharyas > The Meaning of “Prabhupada”

The Meaning of “Prabhupada” 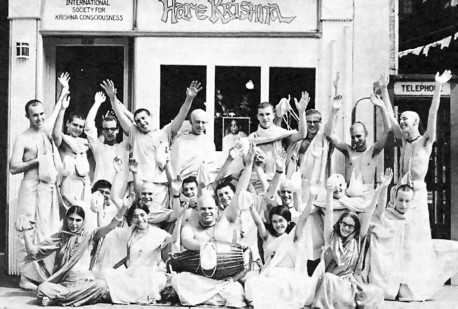 The word Prabhupada is a term of the utmost reverence in Vedic religious circles, and it signifies a great saint even among saints. The word actually has two meanings: first, one at whose feet (Pada) there are many Prabhus (a term meaning ”master,” which the disciples of a Guru use in addressing each other). The second meaning is one who is always found at the Lotus Feet of Krishna (the Supreme Master).

In the line of disciplic succession through which Krishna Consciousness is conveyed to mankind, there have been a number of figures of such spiritual importance as to be called Prabhupada: