His Divine Grace A.C. Bhaktivedanta Swami Prabhupada has sent his disciples to the Fiji Islands in the Pacific Ocean, north of New Zealand, to spread the chanting of the holy names, Hare Krsna. Srila Prabhupada has stated, “Lord Caitanya declared that the chanting of the holy name would be heard in every town and village. Lord Caitanya is an incarnation of Krsna; that is, He is God Himself. Therefore His prediction will take place. But if you help to make it come about, then you can take credit for it, otherwise someone else will do it.”

We have recently received a letter from Upendra dasa Adhikari, the young disciple of His Divine Grace who is leading the sankirtana movement on Suva, the main island of the Fijis. He writes: “The young children flock to the sound of the holy name and shout with clarity and volume, ‘Hare Krsna, Hare Krsna, Krsna Krsna, Hare Hare! Hare Rama, Hare Rama, Rama Rama, Hare Hare!’ The temple is packed on Sundays. Fijian girls dance joyfully to Hare Krsna. Krsna is so kind to us! Literally everyone who sees us says, ‘Hare Krsna,’ and poor as people are, they are always willing to give us something to help us with our great work of spreading love of Krsna.”

In one letter Upendra dasa describes that Fiji is not at all a paradise. “It is always humid, and if not cloudy and hot, then rainy and hot. There are flies, mosquitoes, flying cockroaches, etc., to contend with, yet even though all these minor things are there, Krsna consciousness is still strong.” Upendra is in Fiji with his wife, new devotees are going there to join them, and the local Fijians are taking part more and more in the joyous sankirtana movement. And why should it be any surprise? All living entities are parts and parcels of Krsna. The chanting of Hare Krsna is an international language—anyone who takes part will feel his heart cleansed and will experience the ecstasy of spiritual life. 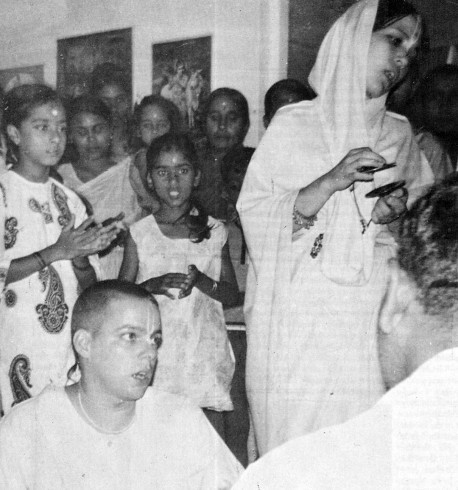 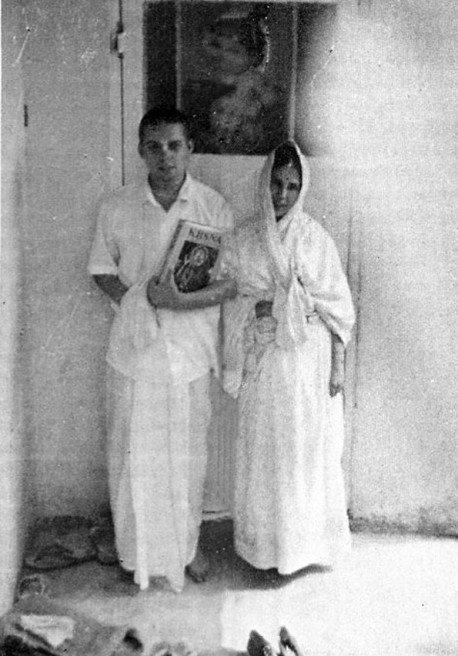 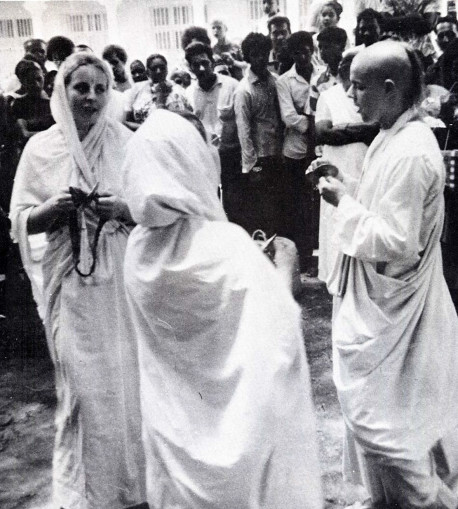 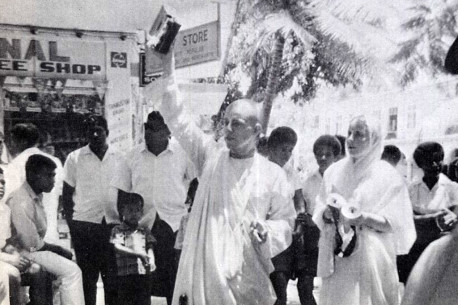 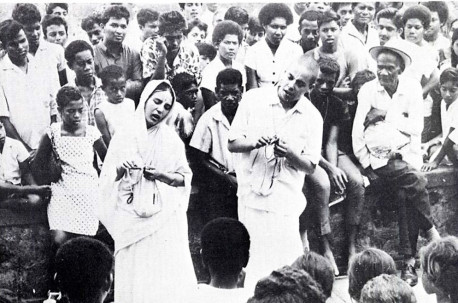 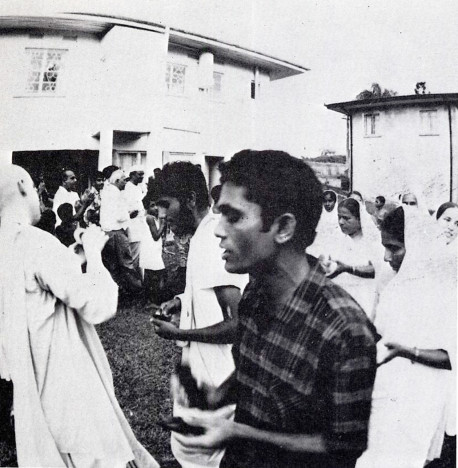 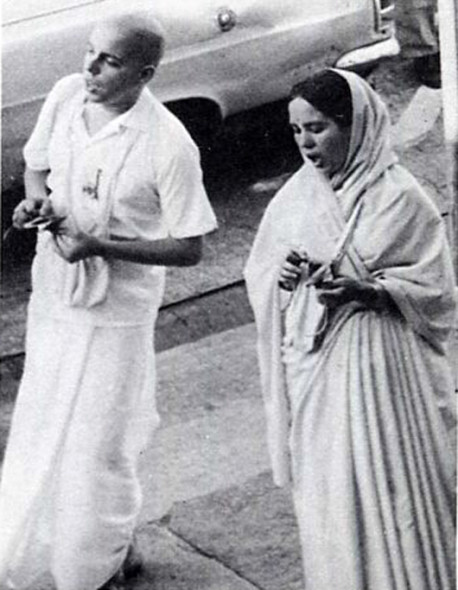 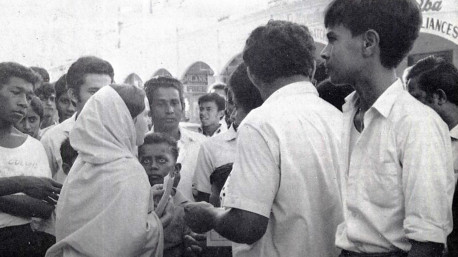