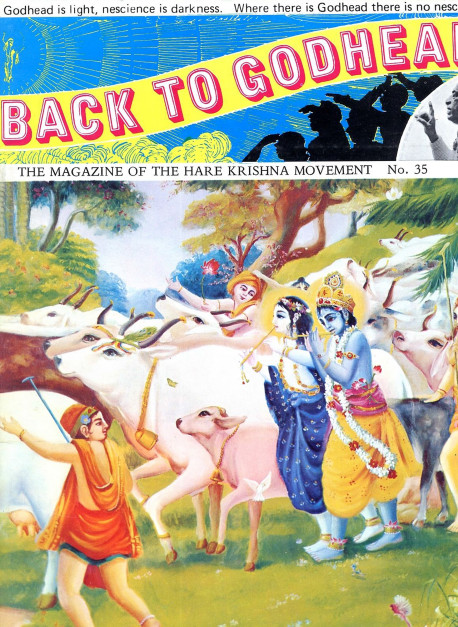 Going beyond the reverent worship of God as the almighty controller, the pure devotees of Godhead exchange intimate love with the Personality of Godhead Sri Krsna in His eternal loving pastimes in Krsnaloka, the topmost spiritual abode in the kingdom of God. There Krsna is loved as a friend, a child, and as the lover of the gopis. He engages in natural pastimes in the forests Vrndavana and is here shown with His brother Balarama, tending the transcendental cows. 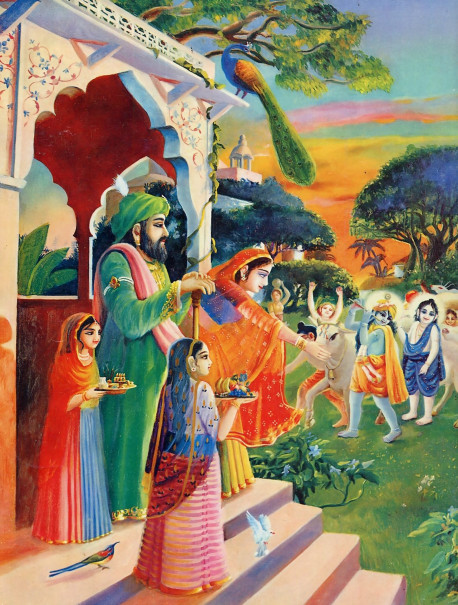 Krsna and His cowherd friends are seen returning at senset after a day of tending the cows, playing, and killing great demons sent by Krsna’s enemy Kamsa. Mother Yasoda and Krsna’s father are greating him at the door. In the Nectar of Devotion by His Divine Grace A.C. Bhaktivedanta Swami Prabhupada, Nanda, Krsna’s father, is quoted as saying, “My dear Yasoda, just look at your offspring Krsna. See his blackish bodily luster, His eyes tinged with red color, His broad chest and He is increasing my transcendental pleasure more and more!” 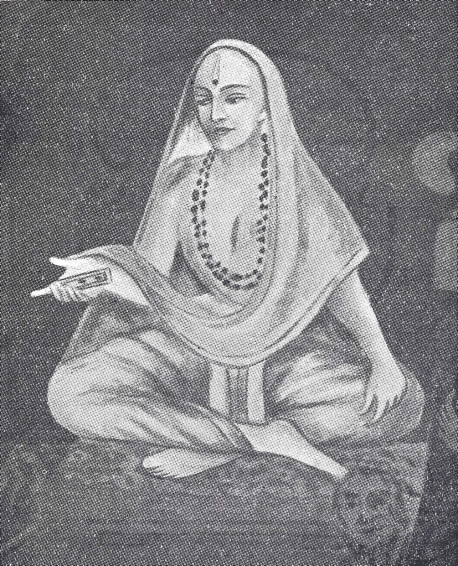 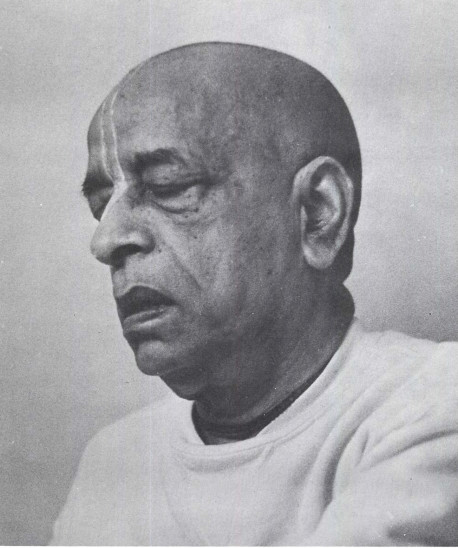 His Divince Grace A.C. Bhaktivedanta Swami Prabhupada
Founder-Acarya of the International Society for Krishna Consciousness
“The spiritual master is receiving benediction from the ocean of mercey. Just as a cloud pours water on a forest fire to extinguish it, so the spiritual master extinguishes the blazing fire of material existence. I offer my respectful obeisances unto the lotus feet of such a spiritual master .” – Verse 1, from the Guru-astakam by Srila Visvanatha Gakravarti Thakur